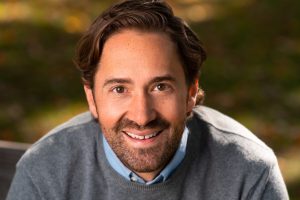 Ryan Grady (he/him/his) has earned both his B.A. in Business Administration and a master’s degree in Educational Leadership & Policy Analysis from UW-Madison.  He started his career as a math teacher in rural Arkansas with Teach for America and later became the founding math teacher at KIPP Austin Academy of Arts and Letters (Austin, TX).  Over the last decade, he has managed several programs designed to support first-generation and under-represented student populations in accessing and finding success in college.  He is a professional certified life and career coach (ICF) with over 6,000 hours coaching young adults toward academic and career success.

Ryan enjoys helping students identify their purpose, design an empowered vision for their life, and gather the resources, knowledge, and experiences necessary to make their dreams a reality.

Ryan moved back to Wisconsin after spending a decade in the San Francisco Bay Area.  He has 3 young daughters and spends most of his time taking his family on fun outdoor adventures and eating lots of ice cream (some of it homemade).